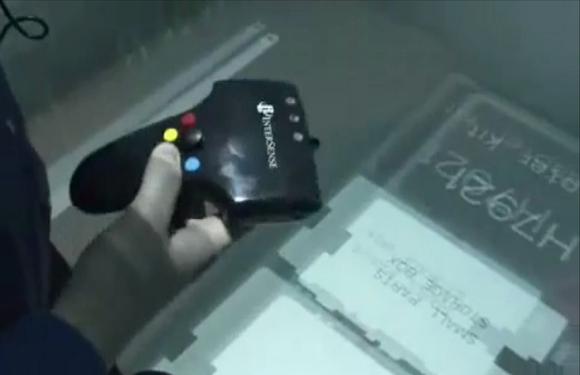 Saving time and cost with new designs through an interactive virtual display ultimately benefits the warfighter.

Working With The Rock Island Arsenal

InterSense partner, Mechdyne, installed a four-sided, active stereo CAVE™ system for the Rock Island Arsenal in Rock Island, Illinois. The Arsenal is responsible for designing all kinds of weaponry and components for the Armament Research, Development and Engineering Center (ARDEC) of the United States Army.

ESSENTIAL COMPONENT IN THE ENGINEERING PROCESS

In addition to the U.S. Army, a number of other government agencies and private industry partners also utilize the Immersive Engineering Lab (IEL) at the Arsenal. The CAVE consists of three soft-sided walls and a Durafloor, and utilizes eight Hitachi 1350 projectors and an IS-900 tracking system. The IEL also uses Mechdyne compatible software.

The Arsenal considers Mechdyne’s virtual reality system and the immersive engineering environment it provides the essential component of their engineering process, which they term “Immersive Decision Making (IDM).” The Arsenal finds the IDM process invaluable because it affords the opportunity to view a product long before any metal is cut. The benefits this process has brought to the Arsenal’s bottom line have been extremely valuable.

The director of the IEL, Joe Kleiss, can be seen explaining the benefits of the Arsenal’s immersive technologies under the video tab below.