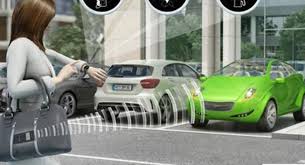 NavChip can be integrated into small, unmanned vehicles such as UAVs and robots to assist with autonomous navigation and stabilization. It also allows for the miniaturization of camera and antenna stabilization systems in both fixed and mobile applications. Enabling advanced inertial navigation applications, including GPS/INS integration previously limited to higher-end systems, NavChip is a high performance, low-cost enabling sensor technology that is available in the smallest possible form factor.

NavChip has been successfully tested and targeted to support a variety of industries, from the military to first responders, in four key areas: personnel navigation, GPS/INS, stabilization and visualization.

“For the military and most commercial markets, technology is the key to gaining and maintaining advantage,” said TC Browne, president & CEO, InterSense Inc. “NavChip is their new force multiplier. By delivering the power of a traditional IMU with smaller size and weight, lower cost and better performance, NavChip gives system integrators and manufacturers the tool they need to create new applications, innovate across multiple markets, and grow their business.”

As system integrators look to embed sensors directly into their platforms, the demand for smaller and better performing IMU’s is increasing. NavChip was designed to support these expanding requirements by offering a 12-fold improvement in noise and a two-fold improvement in drift compared to previous commercial-grade IMUs in this class. The small size and low power consumption also deliver a major advantage as the sensor can be mounted directly onto a PCB, thereby minimizing use of valuable real estate and enabling seamless integration.

InterSense is now taking orders for initial production NavChip units, slated for delivery in September 2011. NavChip will be available for integration into an OEM board design or with a full OEM Developers Kit. For more information or to see the NavChip in action, stop by InterSense’s booth, #3100, at AUVSI’s Unmanned Systems North America conference, Walter E. Washington Convention Center, Washington DC.